Getting to Know SALT’s Interim President and CEO Bill Sinclair 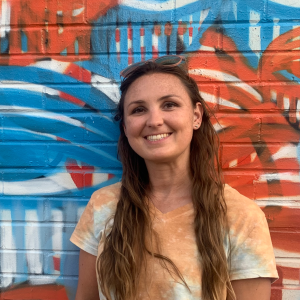 As SALT approaches its upcoming announcement, this is a great time to get to know interim President and CEO Bill Sinclair. Bill brings more than 20 years of experience in software and technology development, and will apply that knowhow to SALT’s future as a visionary fintech company with a strong focus on security and scalability.

Bill led technology strategies at fast-growing companies in the financial services, energy and Internet of things (IoT) industries. As CTO of Cartasite, an industrial IoT company, he enhanced and expanded the company’s product development team. Prior, Bill led the growth and acquisition of MineralFile.

“I’m looking forward to building a bridge of continued innovation between traditional financial services and blockchain,” Bill shared. “It’s been a pleasure to work with such smart and dedicated people, and we’re just getting started.”

Bill has been a believer in the potential of blockchain technology for some time, and became very engaged with bitcoin in 2014. He first got into mining using an ASIC Miner he purchased on eBay. “I could only run it at night,” Bill laughed. “It made a ton of noise. You couldn’t even have a conversation in the same room with it.”

His interests have not been exclusively focused on blockchain. Bill has a strong philanthropic core, having served as a board member of We Don’t Waste, a food waste related charity organization founded in 2009. “I feel like the underbanked and food insecure have a lot in common, with both suffering from a lack of access to resources,” said Sinclair. He also helped found the BroncosBus, a philanthropic endeavor which helped raise money for a number of local and national charities.

Bill is a native of Colorado and lives in the Denver area with his family and their three-legged St. Bernard, Molly (who lost one of her legs to a rare cancer). “I inherited her through marriage and was allergic to big hairy dogs, but she was determined to rid me of my allergy by sleeping on my head nightly. Turns out I’m not allergic to her anymore!”

SALT is proud to have Bill serving as Interim President and CEO, and looks forward to sharing more insights about those leading the charge of disruption.

A Message from SALT on our Form 10 registration statement filing

In September 2020, SALT reached a settlement with the U.S. Securities and Exchange Commission (SEC) related to the offer and sale of SALT Tokens in our “membership

Competition drives markets. In traditional financial markets, however, competition is limited to the production of goods and the buying and selling process. With Bitcoin, competition

SERIES: The Most Confusing Economics Concepts Explained: Inflation vs. Deflation

Inflation and deflation are common economic terms that can be a bit confusing. They aren’t always addressed in school, but they affect our lives in

Use of, access to, and all other policies, restrictions, and limitations governing any pages, links, or content owned by Salt Blockchain Inc. (“Salt”) and/or affiliates provided here is controlled and governed by the documentation, policies, and statements therein. Please see Terms of Use for further information, disclosures, and policies.

This website contains depictions that are a summary of the process for obtaining a loan and provided for illustrative purposes only. For example a one year $10,000 loan with a rate of 6.00% APR would have 12 scheduled monthly payments of $861. There is no down payment required. Annual percentage rates (APRs) through the website vary. The use or access of the website or platform does not guarantee the availability of any current and/or future offer, promotion, terms, loan, or return. Additional terms, conditions, requirements, suitability, and screenings, among other restrictions, may apply at the sole discretion of Salt. Salt Lending LLC’s loans are issued pursuant to private agreements. You should review the representations and warranties described in the loan agreement.

Available rates and terms are subject to change and may vary based on loan amount, qualifications, and collateral profile. Other terms, conditions, and restrictions may apply.

Individual US citizen borrowers must be a permanent resident and at least 18 years old (or local age of majority).

Valid bank account and social security number/FEIN are required. Borrowing against collateral entails risk and may not be appropriate for your needs. Not FDIC-insured; investments may lose value; no Salt or bank guarantee. Salt does not provide legal and/or tax advice. Please consult your advisor.